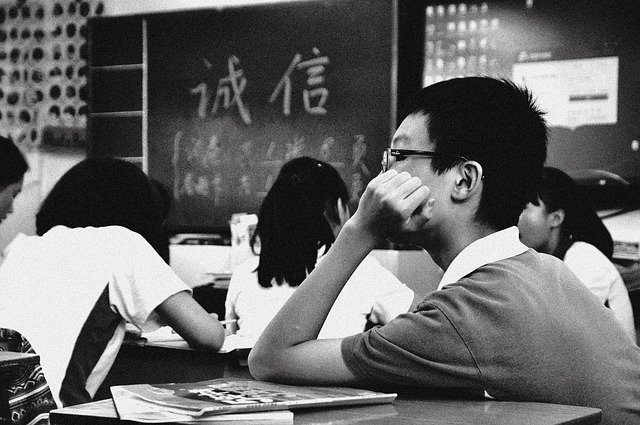 Amid lockdown end-of-term exams in colleges and educational institutions were pending since March. The decision to hold back final year exams was taken in aim of downturning the coronavirus cases. The pending exams can now be held, maintaining all safety measures, the Union Home Ministry has said. Within hours, the University Grants Commission (UGC) released fresh guidelines, saying the end-of-term exams can be held by the end of September.
Ministry, in a leter sent to the Union Higher Education Secretary, has given its consent to conduct examinations by Universities and intitustions as part of Unlock 2 – the second phase of lifting the restrictions. The released notice reads, ‘the final Term Examinations are to be compulsorily conducted as per the UGC Guidelines on Examinations and Academic Calendar for the Universities; and as per the Standard Operating Procedure (SOP) approved by the Union Ministry of Health & Family Welfare.’ 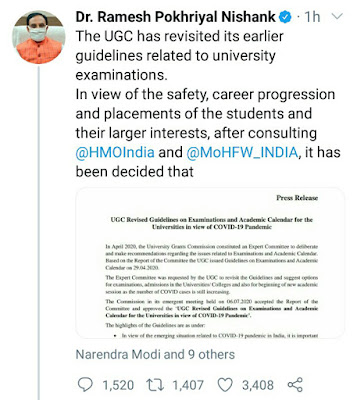 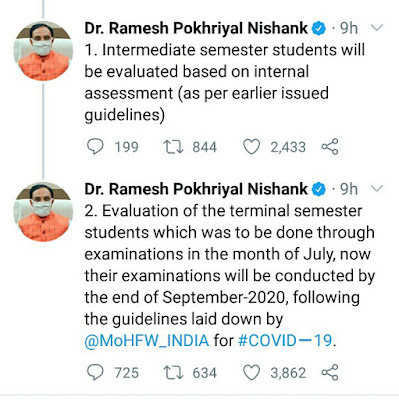 According to the new guidelines, mode of conducting the final university exams can be either  online or offline.
It is also mentioned that in case a student of terminal semester is unable to appear in the examination conducted by University in month of September, for whatsoever the reason(s) may be, he/she will be provided with special examination opportunity, which may be conducted by the university whenever feasible.

As per the earlier guidelines regarding examinations and academic calendar in view of the rising covid-19 cases, the pending university exams were to be conducted in July.
The new academic session was scheduled to commence from September 1 while August 1 was decided for those who are already enrolled.
For safety purpose It was also recommended that universities may adopt alternative and simplified modes of conducting exams in order to complete the process in a lesser period of time like reducing the time from 3 hours to 2 hours.

There are six states that had cancelled all university exams

So far there are six states that had cancelled all university exams,   these are Maharashtra, Odisha, Haryana, Madhya Pradesh, Punjab and Rajasthan.
Several  central universities postponed their exams, including Aligarh Muslim University and the Central University of Haryana.
However, Delhi University is still insisting on conducting its online open book exams for final-year students despite widespread protests and a disastrous trial run — the OBE mock test — that began on Saturday.
Maharashtra, Madhya Pradesh, Odisha, and Haryana decided to promote students on the basis of previous performances.
While decision of promotion of students from rajasthan and punjab still awaits.
After freshly released UGC guidelines states that had decided to cancel their university exams have to scrap their decision. Now universities will get more time for planning the examination process for final year students.
Share

Previous Kanpur Encounter: Inside story of gangster Vikas Dubey
Next How to Earn money online ? For beginners